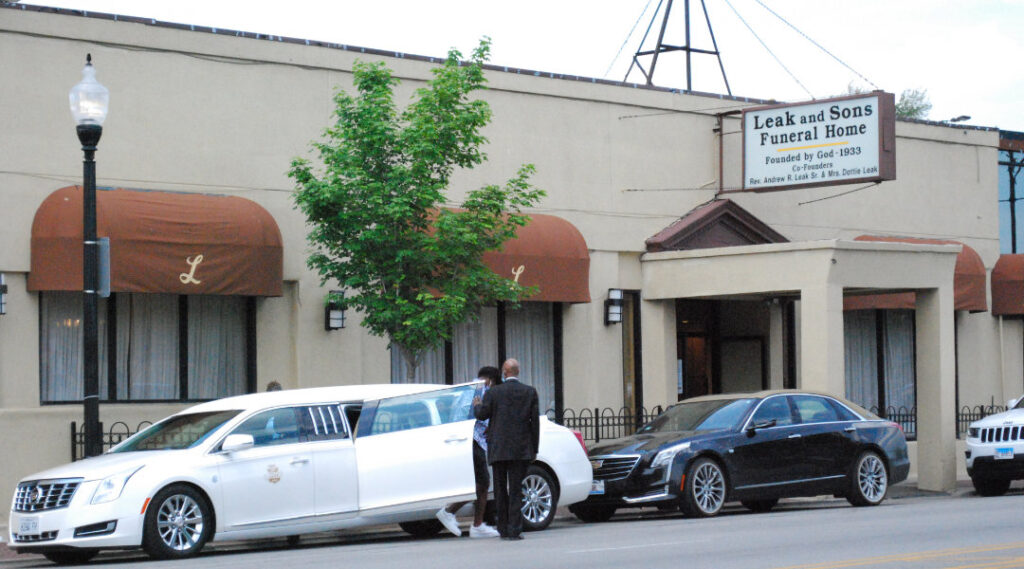 Leak & Sons Funeral Home doesn’t need the extra business; plenty of people die, you can count on that. But on Chicago’s South Side, they’re dying much too often – and much too soon.

Homicide adds to the bottom line, but those are profits owner Spencer Leak Sr. doesn’t want and his concern is heightened because, as an African-American man, he sees himself reflected in the young men who comprise most of the murder victims he buries.

“Would they allow young people to kill each other without turning this town upside down to find out the reasons?”

I first wrote about Leak in 2009 and that year he estimated his funeral home at 7838 S.Cottage Grove Avenue would bury more than 100 homicide victims. Now, twelve years later, “my numbers look the same,” Leak said. “There’s not a week that goes by that I don’t have at least one or two.”

When we met years ago, Leak and the family mourning 12-year-old Kevin Johnson graciously allowed me to attend the boy’s funeral.

I remember the youth was laid to rest in an off-white suit and yellow tie, with a matching yellow handkerchief tucked neatly into his breast pocket. A simple white cross hung on the wall behind him and mourners filled a dozen rows.

At the pulpit, Minister James Bratcher started calmly, but his voice grew more and more urgent. “Who can understand the death of a 12-year-old? Monsters, barbarians, beasts and fiends are killing them,” he said. “There’s a death demon running down the streets of Chicago!”

Mourners erupted in applause and some jumped to their feet. “That’s right! That’s right!”

The Demon of Death

The demon of death was busy that year and young Black and Brown men were a favorite target then, as they are now. Females, too, fall victim and the heartbreak is displayed at funeral home after funeral home, as it was recently when one of Leak’s competitors held a wake for 7-year-old Jaslyn Adams.

Shot to death in a car while waiting at a McDonald’s drive-through, the little girl’s body lay in an open casket at the front of a West Side chapel. Her sweet face was visible from the room’s rear and to her right, oversized pink letters trimmed in ruffled white spelled out her name, and pink and white flowers surrounded her. Jaslyn’s favorite color was pink and “Pinky” was her nickname.

Some 20 rows back, one woman held another in her arms, weeping. “Oh, Jesus! Oh, my God!” she cried. “That’s the last time I’m gonna see that baby.”

Suspects in Jaslyn’s murder gunned her down while allegedly aiming for her father, who sat in the car with her, and Leak despairs.

Jaslyn and Kevin were completely innocent, and many murder victims are. But Leak has observed that others aren’t and his knowledge goes beyond the wisdom his current occupation provides – he also holds a Masters Degree in Criminal Justice and once served as director of Chicago’s sprawling Cook County Jail.

Often young men he buries aren’t only victims, he said, but also have criminal records themselves. Statistics confirm his observations: in 2019 Chicago Police found 86% of Chicago’s homicide victims had criminal records and 80% did in 2018.

“When I research the criminal careers of the young men involved, I find a progressive career,” said Leak. They start out as juvenile offenders, breaking windows, perhaps, or stealing hubcaps, and eventually graduate to armed robbery, assault, or worse, he said.

Both Killers and Victims Went to Chicago Public Schools

They were often born into extreme poverty and harsh family lives, Leak added, and while Chicago Public Schools offer a solid education in many middle-class areas, he emphasized that poor neighborhood schools are often far worse.

When he examines his murdered clients – and their killers – “for the most part, both of them went to Chicago Public Schools.”

Many don’t graduate, however, and “can’t read the writing on the diplomas,” Leak said. “Those who run the public schools have to look at themselves.”

Some of the youths end up in the jail where Leak once worked – and others finish inside a silk-lined coffin at his funeral home, calm and peaceful at last, with arms folded carefully across the chest.

When it comes time, ministers sometimes struggle with the eulogy: There may be no professional accomplishments to praise, no specialized skills, not even a high school diploma. But that doesn’t matter to Leak. He is tall, gray-haired and dignified, in a profession that demands dignity.

And he believes the dead deserve respect, even if they got none in life, even if the dead man never learned to read, and learned just enough math to measure dope in grams and ounces.

Leak’s father, who founded the business back in 1933, passed his philosophy down to his son. “It doesn’t matter to me the cause or circumstances of death,” says Leak. “Now that the person has lost his life, he deserves a decent funeral.

Even in our hardened city, the brutal killing of 7-year-old Jaslyn Adams made headlines. But most of Chicago’s homicide victims slip away without fanfare, lucky to get even a few lines in the local papers. Yet there is almost always someone who loved them, someone left behind in agony, someone who can’t understand why it happened, or why they were left alone.

For his 84th birthday this spring, Leak asked his son Spencer Leak Jr. for an unusual gift and his son honored the request on Facebook. “Like all Chicagoans, we are tired of the senseless killings,” Leak Jr. said in the April 12th video posting. 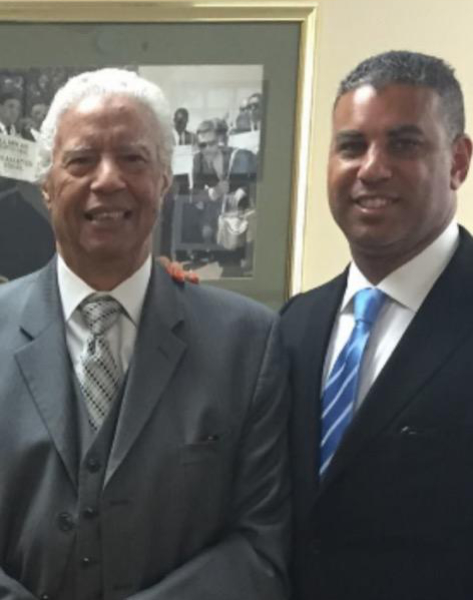 He explained that for his birthday, his father wanted everyone in a drive-through food line to “pay for what he calls ‘your neighbor,’ whoever that person is behind you.” His father’s reasoning, Leak Jr. said, was “if we as Chicagoans can start just to be more neighborly, then maybe we can cut down some of this killing . . . How are you going to shoot at that person who might have been the neighbor who bought you your lunch?”

Over 500 viewers commented on the post, many saying they would honor his birthday wish – or already had. Leak Sr. himself acknowledged it was “simplistic,” but he nevertheless hoped it might’ve stopped someone somewhere from pulling out a gun that day.

“I’m getting a little older now,” he said, and he reflects on life, wondering if someone might ask, “Was he satisfied with sitting across from a mother, helping to plan her son’s funeral?”

Repeatedly Leak worries that “our children are destroying each other,” but there isn’t enough time to contemplate.

Because soon the family of another young murder victim arrives, and there’s another funeral to arrange, another obituary to write, and one more casket to fill.