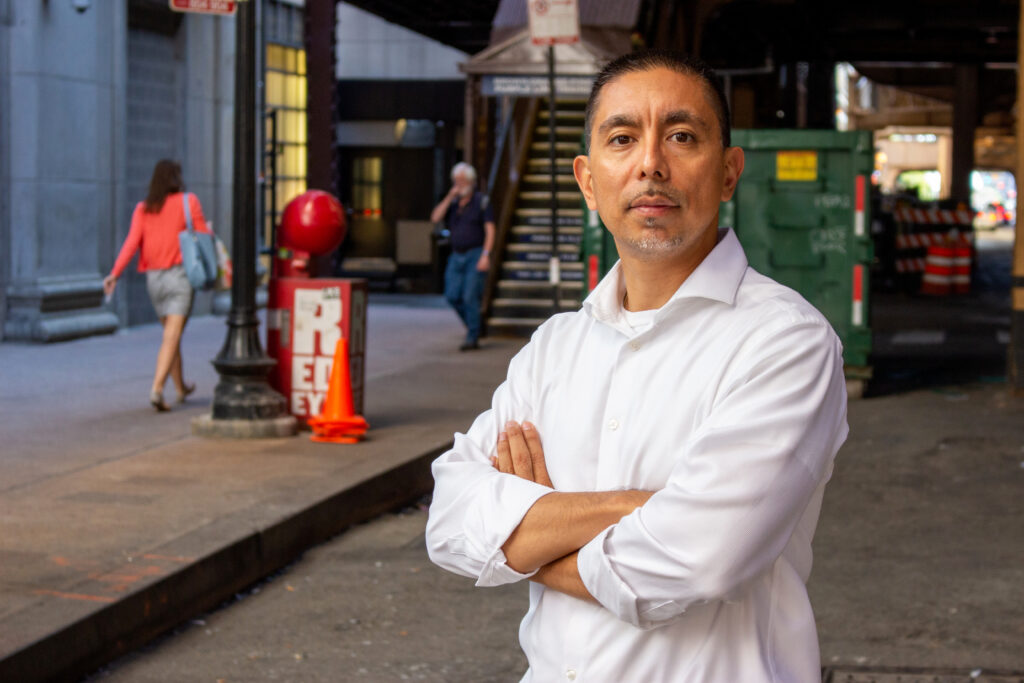 They’re playing to a tough crowd:  96% have prior arrests, 64% served time behind bars and 80% have been victims of violent crime themselves.

READI Chicago, the Rapid Employment And Development Initiative, serves a hardened clientele that many wouldn’t attempt to reach. But Senior Director Eduardo Bocanegra was once part of that crowd himself – and says READI replicates services that might’ve changed his life.

As a youth Bocanegra experienced what many of his clients face today:  A violent home in a violent neighborhood that pushed him toward violence himself.

He grew up in the West Side’s Little Village, when crime statistics were already high, and joined a neighborhood gang at age 14. “In 1984,” Bocanegra said, “I actually ended up being one of the individuals who added another stat to the list.”

His target was an 18-year-old named William and “as a result of a gang retaliation, I shot and killed him.” Bocanegra landed in prison at age 18.

That might not have happened, Bocanegra contends, if READI had existed back then and recruited him before he fired that fatal shot. 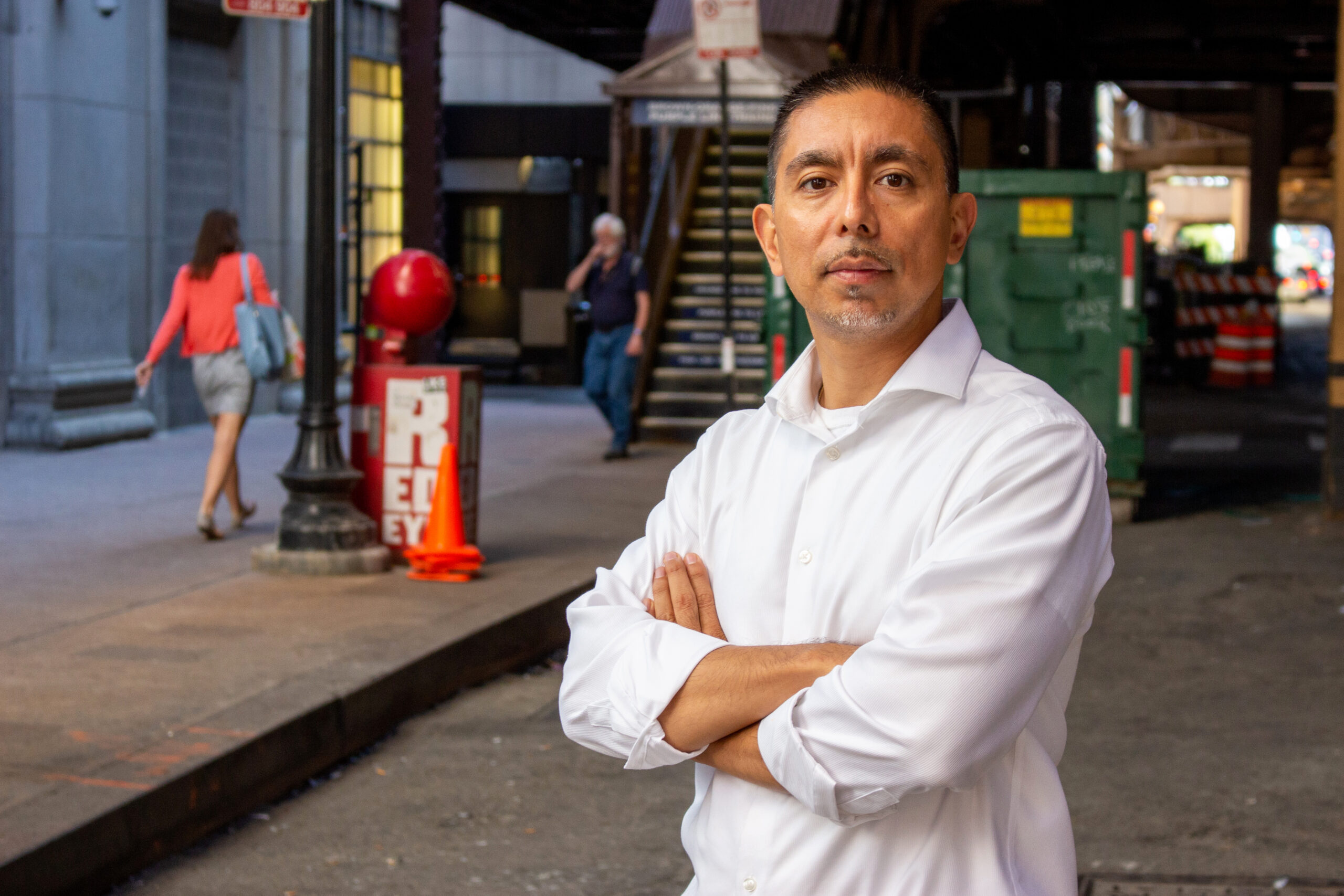 Based on research that shows a relatively small number of men commit a large portion of Chicago’s gun violence, READI recruits men at high risk for violence in four of the city’s high-crime neighborhoods, Austin, West Garfield Park, Englewood and North Lawndale.

Starting in 2017, its program focuses on “protective factors” proven to reduce violence, particularly cognitive behavioral therapy (CBT) and jobs, said Kimberly Smith, director of programs at the University of Chicago’s Crime Lab, which is analyzing READI.

Clients age 18 and older are bombarded by professional and personal development classes along with paid transitional jobs and CBT, referred to by a new computer-age acronym, “CAD.” That stands for Control Alt Delete, a familiar term for rebooting a computer – or, in this case, a human life.

Can They Do It?

Clients are paid whether they’re in classes or working subsidized jobs. After graduation, the goal is permanent non-subsidized employment. In other words, real jobs.

Many participants don’t get that far, though, and the pandemic has contributed to READI’s struggles. Last year it experienced budget cuts and layoffs; the original 18-month program was cut to 12 months; and tragically, some clients have been shot and killed.

Meanwhile, the University of Chicago’s Crime Lab is doing an analysis, due in 2023, to see how effective it is. The study includes 2,014 men and preliminary findings show participants are much less likely to be arrested for shootings and homicides than a control group with similar backgrounds.

Will that trend continue? Will the hardened men of READI succeed in changing their lives?