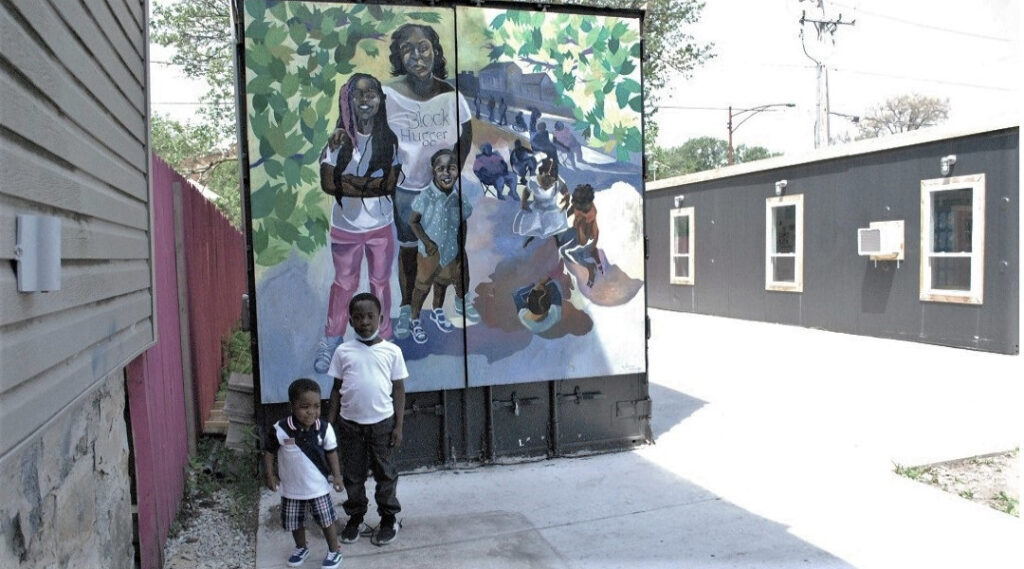 Tamar Manasseh lays out a recipe for Chicago’s violence. “If you bake a cake, you need many things,” said the founder of Mothers/Men Against Senseless Killings (MASK). “If you remove the baking soda or the eggs or something else, it won’t be a cake.”

Likewise, she said, multiple ingredients go into the creation of violent crime – such as inferior education, child abuse, joblessness and pervasive poverty that leads to food insecurity.

When Manasseh first formed MASK she focused on food insecurity, setting up tables and grilling food for neighbors at 75th and Stewart after a woman was fatally shot there in 2015.

The Englewood neighborhood block had previously been plagued by violence but Manasseh said that helped keep it at bay.

“You’re keeping a watch on things. . . You have something people want: Food. If you feed people, it’s less likely gun violence will occur,” she said.

“It worked for four years.” But then, in 2019, two women were shot and killed on the block and MASK evolved, tackling another key ingredient: the inferior education of Chicago Public Schools.

While it offers excellence in some middle-class and selective-enrollment schools, CPS is failing miserably in poverty-stricken areas, Manasseh said.

“There are teachers who give kids A’s and B’s when they shouldn’t even get D’s. . . .We had a fifth-grader who couldn’t read. How do you get to fifth grade if you can’t read?” 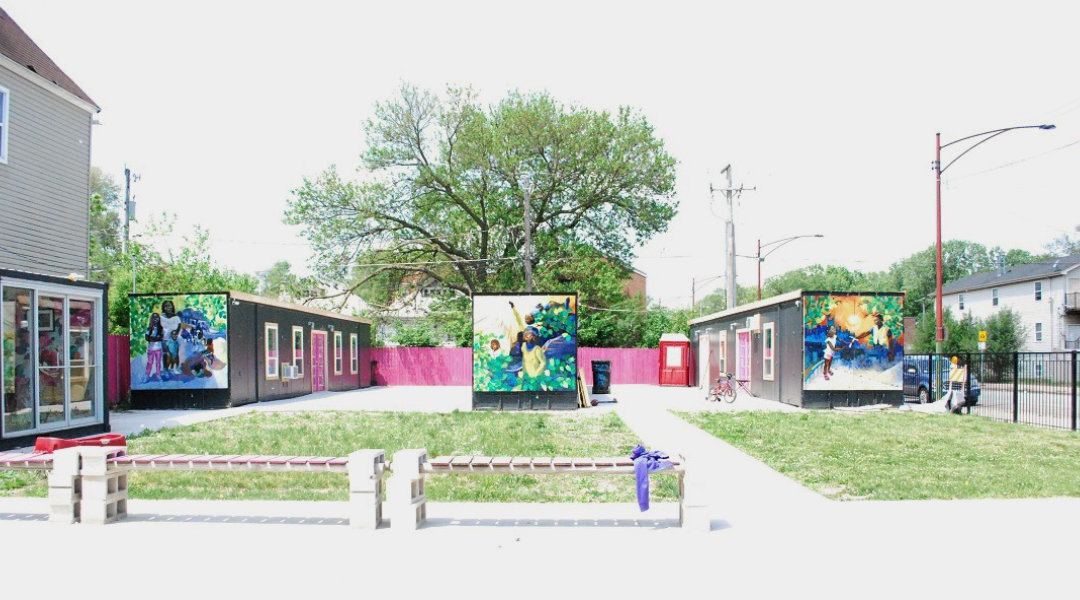 The Block Academy at 75th and Stewart

It offers kids from pre-kindergarten through high school “the personalized attention they should get,” providing additional teaching to help pull them away from the violence and despair around them, Manasseh said. Otherwise, many youths “end up in jail or they die.”

Because of the pandemic’s shift to online learning, Manasseh could watch her academy’s children attend their CPS classes. “You get a peek into the culture of the schools,” she said, and her initial reaction was “Oh, no. Oh, God! . . . One teacher was teaching from her bed.”

When it comes to violent crime, she said, “The problem is a lot deeper than we think it is.” 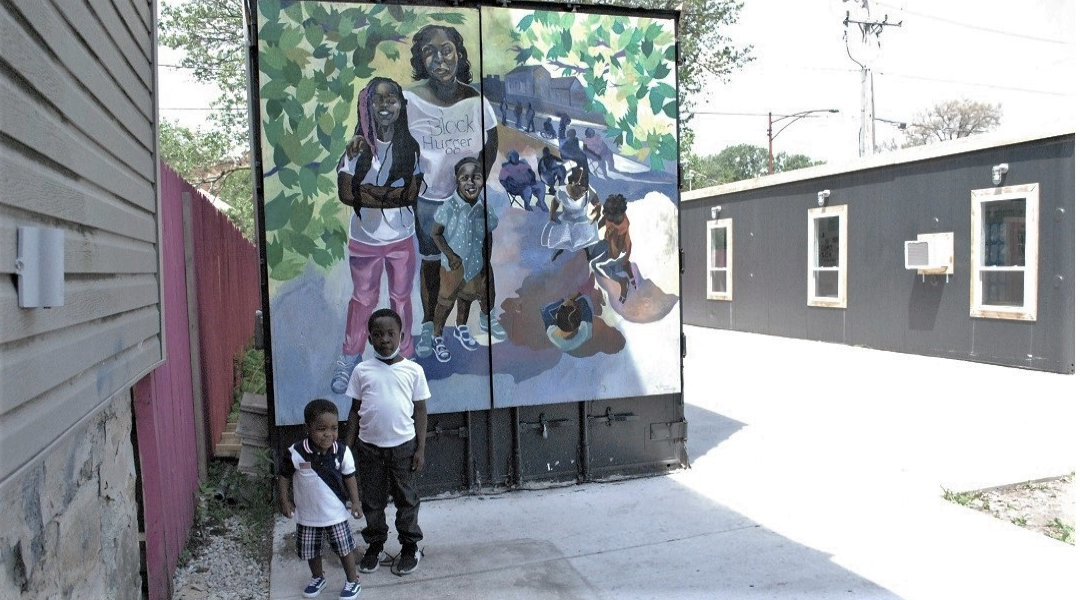 Two students, Messiah and Kai (left to right), outside the Block Academy. 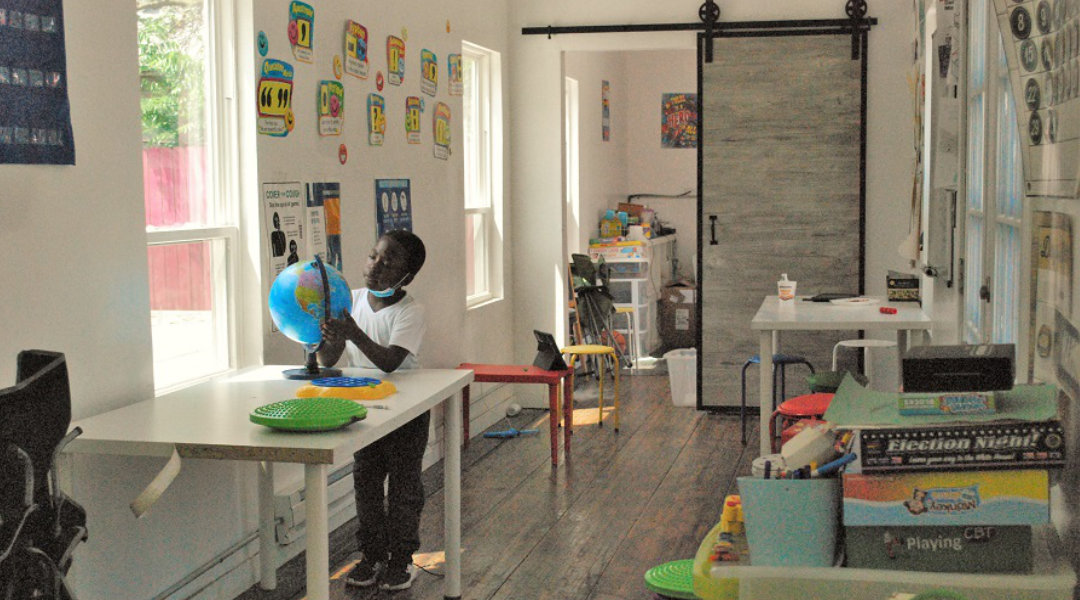 Inside one of the Block Academy’s classrooms, a converted shipping container.