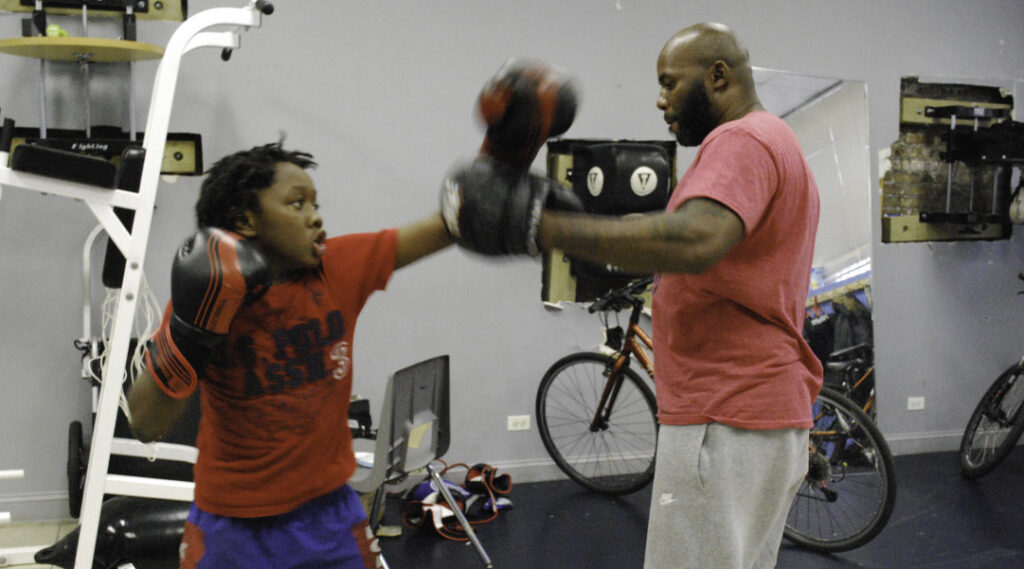 It’s been a tough year for Boxing Out Negativity, largely because boxing is a contact sport, not recommended during the time of COVID-19.

But it has been through tough times before.

When Professor Julie Globokar first discovered it, in fact, it was “basically a homeless program working out of a garage,” Globokar said.

That garage was at the home of Derek Brown, a former violence interrupter with CeaseFire (now called Cure Violence) who coached boxing, attempting to lure tough youths from the streets and into training, where they’d learn what he calls “sneak discipline.”  [See “The Fighter and the Coach”: https://stoptheviolencechicago.com/the-fighter-and-the-coach/]

Nevertheless, Globokar was intrigued and her interest grew a few years ago when she witnessed Brown respond to a youth brandishing a handgun. “Derek took off, chasing the kid,” she recalled. Though he got away, that chase convinced her that Brown was “the real deal.”

For him, it was second nature. Brown had been known as “Shotgun” years ago when he was a gang leader in North Lawndale, the same West Side neighborhood where he now coaches – and one of Chicago’s most crime-ridden.

He first dubbed his program the “North Lawndale Boxing League” but in 2018 Globokar, a Concordia University Chicago criminology professor, helped it incorporate as a non-profit and “Boxing Out Negativity” (B.O.N.) was born with three components: youth boxing, street outreach and community anti-violence events.

It also found a more permanent home when a foundation loaned them use of what was “basically an abandoned building” at 1532 S. Pulaski Road, Globokar said. Today a half-dozen punching bags and weight machines are squeezed into the cramped training gym.

Members boxed when they could, but the pandemic canceled many matches. Thanks to B.O.N.’s first substantial state grant – $156,000 earmarked for a 3-month program that concluded in September – Brown also focused on “Peace Circles,” guiding youths away from violence.

Its young participants received $45 gift cards per session and Brown insisted they come from backgrounds that foment violence, as his did. When an outreach worker tried to enroll kids from stable homes, he turned them away, Globokar said.

Eric Hill, an outreach worker, said he therefore recruited “only high-risk individuals” and “that means shooters or going-to-be-shot.”

“I was a toothpick”

Coach Brown said he quickly recognizes youths likely to become violent, as he was at that age. “I used to be a poor and hungry kid,” he said. “I would be starving . . . I was a toothpick.”

Meanwhile, “my father was abusive . . . he used to hit on my mother, lock her in the house, and all of the above.” Soon, his father vanished altogether and Brown later learned he’d fled after killing a man.

They started in the boxer’s kitchen and trained about a year, until the boxer disappeared.

Later Brown briefly returned to boxing but as the years passed he did most of his fighting in the streets. Now 45, he rose in rank in the local gang, earning cash through drug sales while witnessing all that comes with a cut-throat, underground business:  Friends fell in drug wars; he himself was shot and wounded; and he landed in prison with felony weapon and drug convictions. 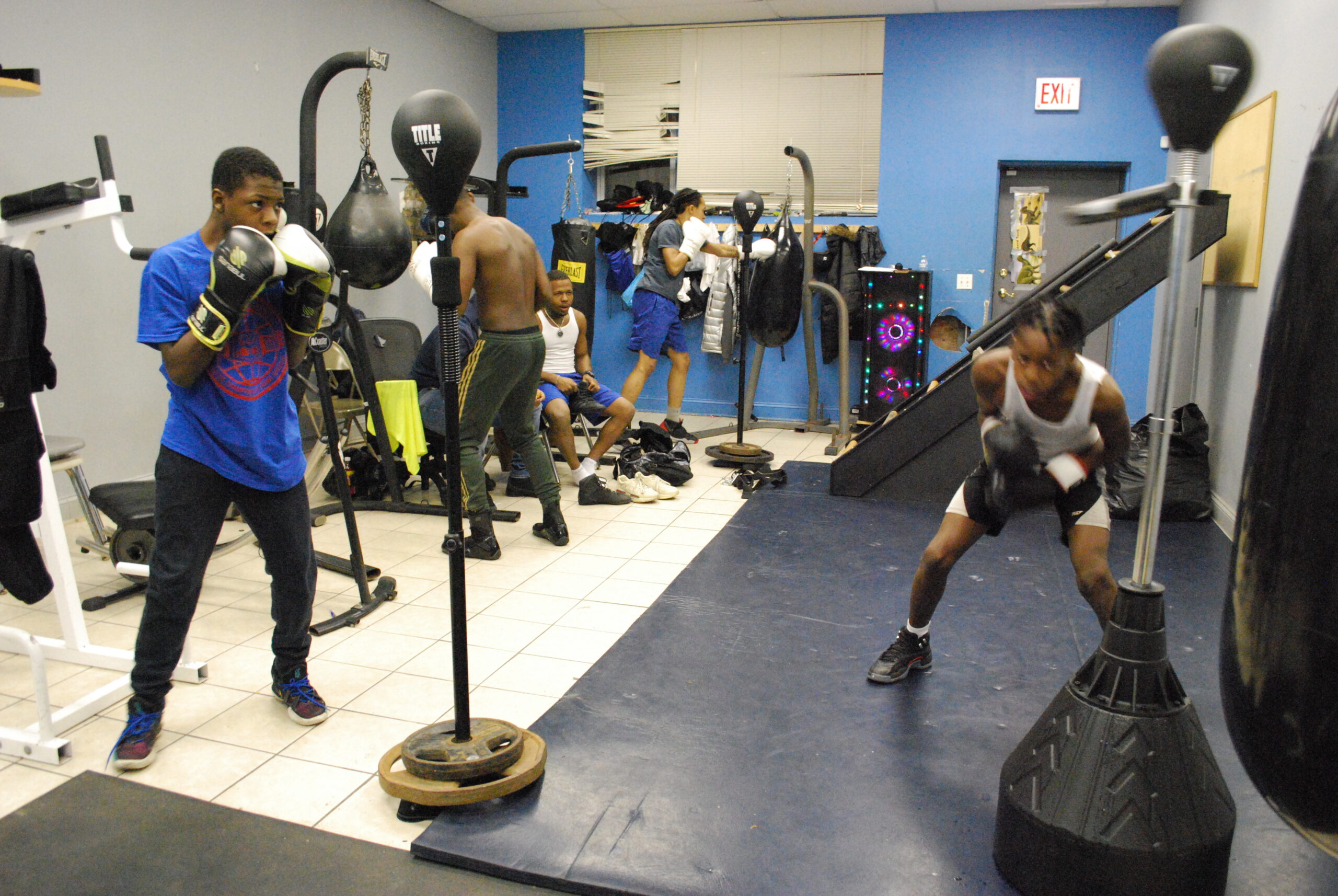 “That’s the reason our children are out here shooting one another, carjacking for fun . . . and the news is steady publicizing this madness.”

Some, he said, are trading that madness for success:  B.O.N. boxers have so far won 20 Chicago Park District championships and 7 Silver Gloves, awarded to amateur boxers aged 10 to 15.

At one of B.O.N.’s final peace circles in September, about 40 people, mostly teens and young adults, sat under fluorescent lights in a St. Agatha Catholic Church meeting room. Many were known as neighborhood “bad kids,” but that’s not what Brown saw.

“Ain’t none of us cold-hearted,” he told the circle, urging them to drop the gangster façade and become “the 8-year-old you.”

Among them was Devontay Williams, 22, who’d completed a peace circle assignment to write a paper starting with the words “I am from . . .” His read:

“I am from: always being angry . . . A young man who lost his father and can’t get it right . . . shot three times and still can’t get it right. I’m trying . . .”  [See “The Fighter and the Coach”:  https://stoptheviolencechicago.com/the-fighter-and-the-coach/]

Later Williams said that after he was shot the first time, he got a tattoo that runs down both forearms and says, “Trust None.” The word “Trust” is displayed on one arm and “None” is on the other. He was 16 at the time.

That tattoo’s message is no surprise to Brown.

“How do you love when you don’t know what love is?” he asked. “I haven’t seen one yet who knows what it is.”

Maybe it isn’t too late for some to learn – and Brown says he has the key to entice the toughest kids from Chicago’s toughest streets. Boxing can be a “vehicle for fostering self-respect, confidence and a sense of purpose,” the B.O.N. website contends.

“Because of the background of the community that our children are born and raised in, I just happen to have the goose with the golden egg,” Brown said. “Because in boxing, everybody wants to learn how to fight.” 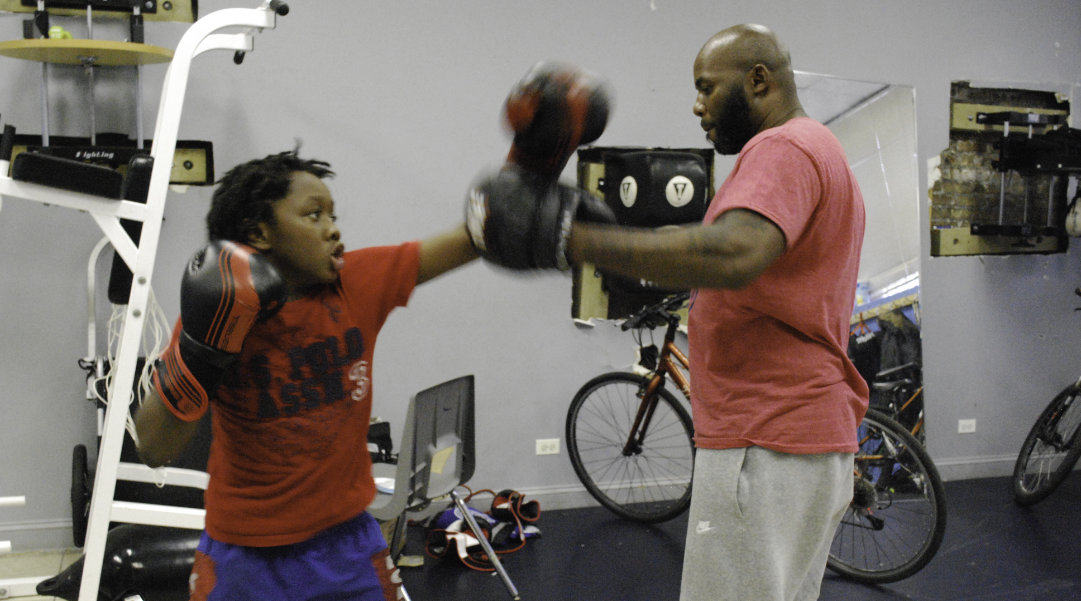 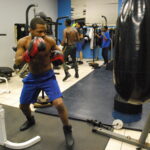